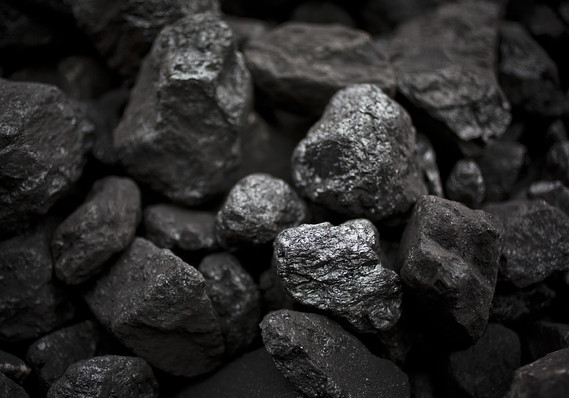 Time flies when you are having fun, and nothing has been more fun over the last 20 years than giving out my annual Lump of Coal Awards.

Started in 1996 as an open letter to Santa Claus, the Lumps of Coal have grown into a two-part holiday tradition of singling out the bad boys and girls of the fund industry who deserve nothing more than a lousy lump of lignite in their Christmas stockings each year.

Lousy performance alone is not enough to justify these carbon-based trophies. The Lump of Coal Awards recognize managers, executives, firms, watchdogs and other fund-industry fumblers for actions, attitudes, behaviors, execution or results that are misguided, bumbling, offensive, disingenuous, reprehensible or just plain clueless.

And the losers are:

is legendary in the fund business for being a pillar of all things right. Started by Warren Buffett’s one-time stockbroker, the fund was closed to new investors for decades and was on everyone’s wish list. Analysts at investment researcher Morningstar Inc. jokingly put other funds’ actions to the “Sequoia-Steadman” test, to decide if a fund was acting more like the best fund in history (Sequoia) or the worst funds ever (the now long-defunct Steadman funds).

This year, Sequoia itself is the bad actor.

It’s not just that the fund moved to where it wound up with over 30% of its portfolio in one stock, Valeant Pharmaceuticals International

or that Valeant was roundly assailed for jacking up prices to increase profit margins. When Valeant was accused of faking sales through a “phantom pharmacy,” the stock cratered and Sequoia investors lost 6% in a single October day.

When the fund moved to increase its Valeant stake, some directors apparently balked. Two independent directors left; they have not talked with the media.

Barron's senior editor Jack Hough previews the latest issue of the magazine, which includes stock picks for 2016, a look at bond ETFs and more.

And while Sequoia has said plenty to investors about Valeant — its notes read like missives from the company’s public-relations firm — it said nothing about the directors. Their names were simply removed from a list deep in the fund’s documents.

In the end, Sequoia may cash in and get the last laugh about Valeant, but right now — with the fund down more than 8% so far this year and standing dead last in Morningstar’s large-growth category, and with its 10-year record now below-average — it feels as if Sequoia has lost the management and research edge that once made it great.

While no one likes a loss, the nearly 5% decline suffered by this Eaton Vance

thus far in 2015 should have made it easy for management to live up to the tax-efficiency portion of their mandate. Instead, the fund is kicking off a 30% distribution, one of the 20-largest payouts announced this year, according to CapGainsValet.com; it’s the only tax-managed fund to have confirmed a payout of more than 20%.

The oversized distribution results from recasting the fund from domestic small-cap value to global; Eaton Vance notes that taking the big hit caused by major portfolio changes all at once is better than dragging it out and possibly impairing future performance and tax efficiency. That won’t make investors feel better when they write a fat check to Uncle Sam.

The Geoff Bobroff Memorial Lump of Coal goes to the Adaptive Allocation Fund, for disconnecting its prospectus from its website — and reality:

Geoff Bobroff was my sounding board and a key behind-the-scenes contributor to the Lumps of Coal until his death of a heart attack in 2014. An industry consultant and former chairman of the Matthews Asia Funds, he’s the only person I’ve ever known who liked digging through fund arcana looking for laughs more than me. As such, I now give an award each year in his honor for something that emanates from the paperwork.

He would have loved this one:

filed a prospectus supplement in mid-November that took the unusual step of saying that, effective Nov. 30, the fund “will no longer operate a website, and any references within the Prospectus and SAI to www.unusualfund.com are hereby deleted.”

A fund isn’t obligated to tell shareholders about changes to its web site in its prospectus (or anywhere); it is obligated to do what it says in the prospectus, however, and the fund’s site was operational and up-to-date through the first week of December.

Fund officials said in a telephone interview that the notice was “erring on the side of caution” over compliance standards as the site converted from the control of the fund to being run by its registered investment adviser, and that the changeover took longer than anticipated.

Aberdeen Asset Management, for the most unnecessary compliance effort in investment history:

At the Morningstar Investor Conference in Chicago in late June, attendees were given a booklet sponsored by Aberdeen, and clearly labeled on the front cover as being “for investment professional use only. Not for retail investors.” The back cover of the booklet contained the same warning and a much longer disclaimer.

Aside from the covers and a few pages of advertising for Aberdeen, however, the booklet was just lined, blank pages. It was a notebook.

Maybe someone in Aberdeen’s compliance department felt that, faced with blank pages, investors’ minds would run wild, but the idea that blank paper requires a disclaimer shows just how far fund firms go, at shareholder expense, to make sure their butts are always covered.

Alerian MLP ETF, for a strategy that fools some investors into ignoring their pain:

The entire master-limited-partnership funds space has been covered in sludge so far this year, with the average fund down around 28.5%, according to Lipper. While results for Alerian MLP

— down more than 30% — are far from the worst, this exchange-traded fund is one of a very few MLP issues that distributes more than the proceeds it receives in dividends. According to Gates Capital Corp., if the fund had stayed in line with the typical MLP fund, its payout would have been 5.3% lower than current levels.

With MLPs, many investors are using the payout to justify the pain. But the extra payout from Alerian MLP

is a placebo, not a painkiller, and management hopes investors don’t notice.

Directors of the Toroso Newfound Tactical Allocation Fund, for failing to see that near-death experiences are seldom followed by happily-ever-afters:

is a tiny fund-of-ETFs with a “volatility-adjusted, momentum-driven model” — in this case a defensive posture that has led to bottom-of-the-barrel performance since it opened in early 2014. The small asset size and cost structure had management making a business decision to close the fund, anticipating a September liquidation; that course was then reversed, explained manager Michael Venuto, because business and market conditions had changed, creating a more favorable outlook.

While that optimism is admirable, directors are paid to look at realities, and there’s never been a fund that has gone from the brink of death to the top of the charts.

Coming next week: Big names, bad results, and the Lump of Coal Mis-Manager of the Year award.

Since 2012 (leading into 2015), 42 Lumps of Coal have been awarded to the likes of Allianz Global Investors, Bill Gross, Janus Capital, DoubleLine Funds, Morningstar (several times over), Fairholme Fund

manager Bruce Berkowitz, Deutsche Bank, Royce Funds, Wells Fargo, PIMCO, Invesco, and the Securities and Exchange Commission. In all, there have been more than 200 Lumps of Coal awarded (this only became a two-week process in 2000, starting during Chuck Jaffe’s time at The Boston Globe and continuing since he joined MarketWatch in 2003.

Check out these previous Lump of Coal Awards columns: